Sisters of Providence recognized early the critical importance of voting

Posted in From the Archives 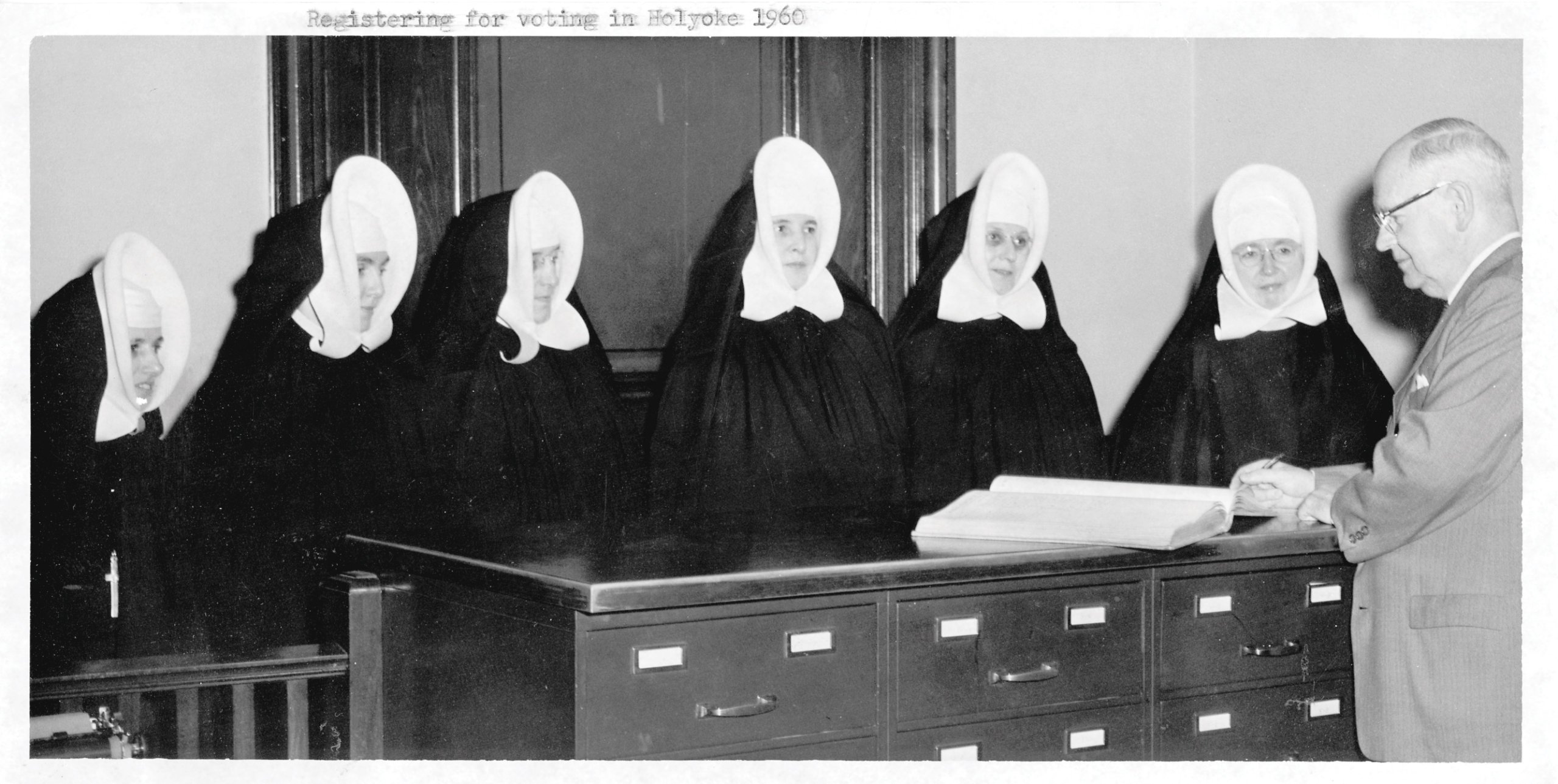 Sisters of Providence registering to vote in 1960.

2019 marks the 100th anniversary of the passing of the Nineteenth Amendment giving women the right to vote. Recently, archivists for women religious around the nation exchanged information on the impact of the vote as indicated by documentation in their archives. In some Congregations, there was no documentation about Sisters voting or interest in national or local elections.

One Community found a reference in 1922 annals which directed Sisters to seek the counsel of pastors “in order Sisters may know how to perform the new and important task exacted of them.” A Mother Superior from another Community wrote, “Bishop does not think it best for us to go out voting at every election, unless there is some particular thing we want to carry through….do not misinterpret this: you are not being robbed of your right to vote, and if there is a necessity we shall know that ahead of time….”

For the Sisters of Providence, 1928 seems the first year there is mention of voting. In annals for the Novitiate, the annalist writes:

The year 1928 marked the initial appearance of the Sisters of Providence at both registration and voting places of the city. Much comment for and against it was very evident in the press and in statements made by various people interested in the Sisters….Many of the younger Sisters had voted before they entered and therefore they felt at their ease in going in, while those of us, who had entered before the 19th Amendment came into existence, were rather timid….

In 1928, as is still the case now, 90 years later, it was worth mentioning that: “Holyoke numbers a woman among her candidates for mayor this year, a rather new feature around here in politics.”

The entry regarding national elections in 1928 reflects an intense interest by the Sisters, due to the Catholic candidate, former Governor of New York, Al Smith. The Ku Klux Klan vendetta against Blacks and immigrants included Catholics in the 1920s as described here:

The first crowd of voters left for the polls at 7:30. A novel sensation for the Sisters of Providence. Today, being the day that the battle raging now for some months will be won by either warrior, we have realized the issues at stake and made them the burden of our many and fervent prayers….Reverend Mother returned from Worcester this afternoon, went in to vote and then….told us of the disturbance in Worcester….over a political parade; 17 were injured and are in the various hospitals. The trouble was attributed to the K.K.K.

Today, in addition to voting, the Sisters of Providence, along with many Congregations of women and men religious, lend their voices collectively and individually to causes of social justice and human rights around the world.