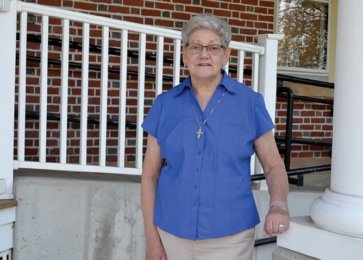 SISTER SENGA FULTON on the porch of McCleary Manor, one of PMN’s newest ministries, a sober living SRO facility for men.

Sister Senga Fulton, a staunch supporter of programs and services for people living on the margins, recently completed ten years of service on the Providence Ministries (PMN) Board. When asked about her openness to serve in that capacity for an entire decade, her answer was immediate and to the point. “Providence Ministries,” she answered, “is a ministry dear to my heart.”

Ministering to those in need
A licensed clinical social worker, Sister Senga’s own career as a Sister of Providence includes 36 years of ministry to homeless persons, particularly single, homeless women living in the cities of Springfield and Greenfield. “Working with the homeless population was always my passion,” she explained, “and so I saw this (position on the PMN Board) as another opportunity to use some of the knowledge and experience I had picked up over my many years. It was just my way of being involved at another level.” 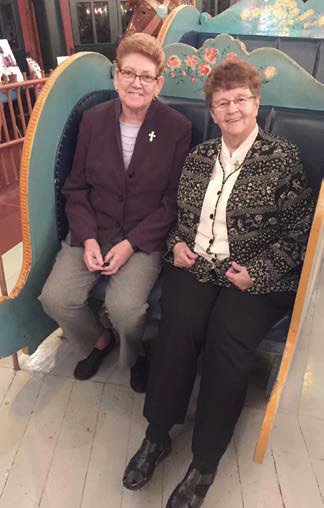 She has experienced the rewards that come from “being involved in work that brings about systemic change.” The need for systemic change is crucial, she stressed, because “otherwise you just keep hammering away at a problem” with nothing changing and injustices perpetuating. She insisted, “You need to keep working towards making changes in those systems that impede the lives of marginalized or homeless individuals.”

Working on Boards can be empowering because “When you work with others there is strength in numbers.”

“Providence Ministries is all about people’s dignity,” explained Sister Senga. “That’s the most important thing.”