Sister Julie Crane experiences the joy of welcoming immigrants to the U.S.

During the past year over 1,000 Sisters from the U.S. have volunteered their services at the U.S. border. Now, Sister of Providence Julie Crane is numbered among them.

She arrived on the U.S.-Mexican border in San Benito, Texas, on September 9th to volunteer until the 20th at La Posada Providencia (The Providence Inn).

Sister Hillary Hooks, CDP, of the Sisters of Divine Providence, Marie de La Roche Province, established the shelter three decades ago. Since its opening, more than 2,000 refugees have crossed its threshold, each searching for a new home in the U.S.

The shelter’s location on the U.S.-Mexican border suggests that those seeking assistance are predominately of Mexican lineage. Sister Julie says that is not the case. “When I was there most of the folks were from countries like Nicaragua, Cuba, Honduras. A number were from Cambodia. One man from Angola was with his eight-year-old son after a 14-month separation when the two were detained in separate detention centers.” 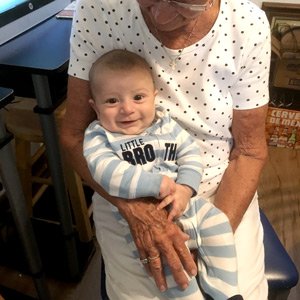 She stressed that while the immigrants’ origins and needs might differ, all were similar in that they were in crisis and seeking legal refuge.

La Posada Providencia is known globally as a ministry at the ready, 24 hours a day, 365 days a year. “Every day there are new people needing help,” Sister Julie explained. “They come at all hours. Most with little or no money seeking asylum and needing green cards, work permits, food, and shelter. Some need medical care, or a ride to the bus stop and a bus ticket for the next leg of their journey. Some were only at the shelter for a couple of hours, maybe a day or a week, until arrangements were made for them to move on.”

Sister Julie’s main assignment was to teach English to one or two students at a time. All classes begin with the U.S. Pledge of Allegiance. “La Posada Providencia has two very strict rules,” she noted. “Everyone pitches in with household chores and everyone takes English classes so they can ultimately find employment.” 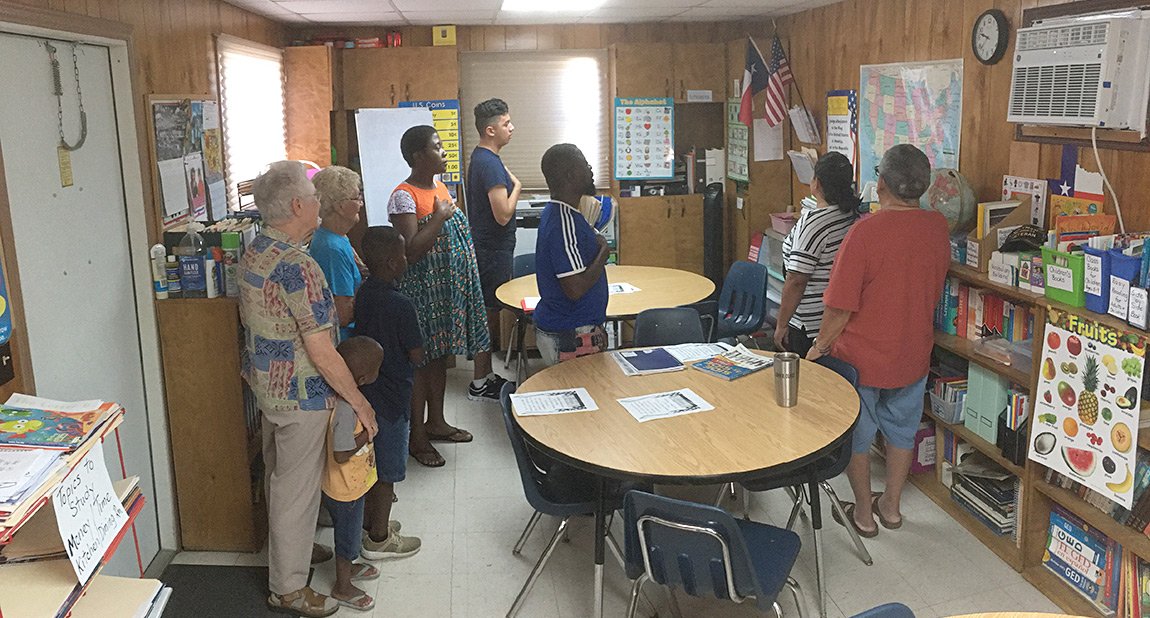 Complimenting efforts
When asked what memories of her time there she will carry with her forever, Sister Julie replied, “The three CDPs in full time ministry there were outstanding. They were Johnnie on-the-spot. They did everything. The kids, of course, were wonderful. They were the best.”

Topping the experience off, she concluded, “was the sheer number of volunteers” she saw, “about fifty! They all had such great attitudes. No matter what they were asked to do, they were willing to do it.” 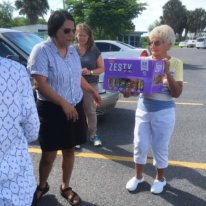 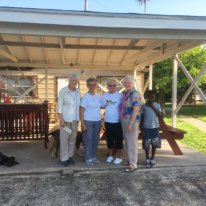 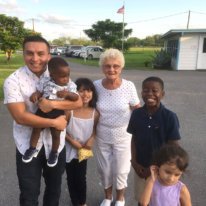