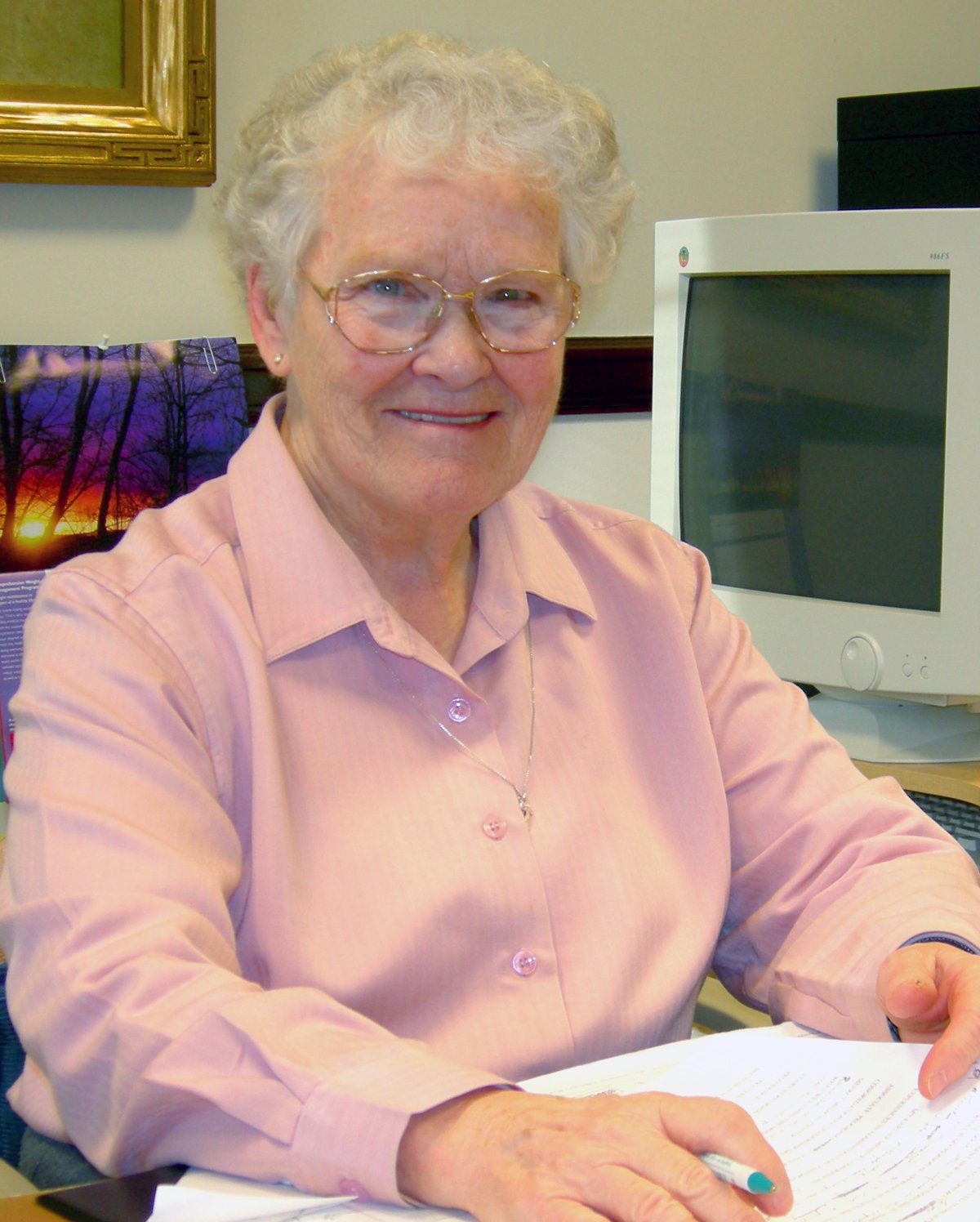 Sister of Providence, Sister Caroline Smith, formerly known as Sister Marie Immaculate Heart, died on September 6, 2021 in the 68th year of her religious life. Born in Palmer, Mass., she was the daughter of the late Robert and Ruth (Sandman) Smith. She was a graduate of Palmer High School. Caroline Smith was a registered nurse when she entered the Sisters of Providence Congregation in 1954, having graduated from the Mercy Hospital School of Nursing, Springfield. She first ministered as a nurse at Providence Hospital in Holyoke, then as an operating room nurse at Mercy Hospital in Springfield.

In 1961, she pursued a Bachelor of Science degree in Nursing at Boston College, graduating in 1964. She continued her education at Saint Louis University in Missouri where she earned a Masters in Hospital Administration in 1966. Sister Caroline became assistant administrator, then administrator of Mercy Hospital in 1967. In 1970 she became assistant administrator of Providence Hospital where she was instrumental in the launching of the Methadone Program, became its Project Coordinator, and later its Director in 1973. She also is credited with beginning the former Hope Home, a residential drug abuse program for adolescent girls, a collaborative effort of the Council of Churches.

In 1977, Sister Caroline graduated from the Clinical Pastoral Education course at Worcester State Hospital and began a new ministry in Pastoral Care. She received the Outstanding Psychiatric Nurse Award from Boston State Hospital in 1978. In 1980, she became the Director of the Pastoral Care Department at Providence Hospital and a pastoral counselor at Mount St. Vincent Nursing Home in Holyoke. Later she was appointed the Administrator of the Sisters of Providence Infirmary at Providence Mother House in Holyoke from 1981–83. She enrolled in the College of Mt. St. Joseph in Ohio from 1983–84 for a program on spirituality for the global community, and then returned to pastoral ministry at Mount Saint Vincent Nursing Home. In 1989 she became Program Coordinator for Hospice Services at the Holyoke VNA (Visiting Nurse Association), and later also served at the Hospice Life Care Program in Holyoke.

From 1994–2002, she held the position of Director of Volunteers at Mercy Hospital in Springfield. After retirement, she became a volunteer at the Sister Caritas Cancer Center, located on the Mercy Medical Center campus, and also was Co-President of the Mercy Auxiliary.

Sister Caroline is survived by her Sisters in Community, her nephews Mark Smith and Michael Smith, and her attentive cousin Kathy Ridz. The Wake was in the Providence Place Chapel on Wednesday, September 8, 2021, followed by a Liturgy of Christian Burial, celebrated at 10 a.m.