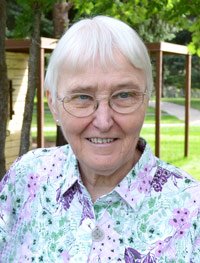 Sister Mary’s first assignment was to the toddlers’ section at Our Lady of Providence Children’s Home (Brightside) in West Springfield, before she entered college in 1958 to become a nurse. After receiving her Bachelor of Science degree in nursing from Boston College in 1962, she ministered first at the Sisters of Providence Infirmary, then at Providence and Mercy Hospitals. She continued her graduate education receiving a Master’s Degree in nursing education from the Catholic University, Washington, DC in 1965. Sister Mary taught nursing at the Providence Hospital School of Nursing and in 1970 became an Associate Professor in Nursing (Medical-Surgical) at Holyoke Community College (HCC) and helped develop HCC’s Nursing Program. In 1973, she was elected to the Council of the Sisters of Providence from 1973 to 1977.

Sister Mary shifted her ministry focus in 1973, taking a clinical pastoral education program at Westborough State and Mercy Hospitals and becoming an Associate Chaplain at Mercy Medical Center. She was elected to a second term on the Sisters of Providence Executive Council and served as Assistant Director from 1977 to 1981. She then studied at Andover Newton Theological School in Newton Centre, MA where she received a Master of Divinity degree in 1984.

Next she served as Director of Mission and Philosophy for the Sisters of Providence Health System until 1989 when she became Director of Pastoral Care at Mount St. Vincent Nursing Home. While there, she also was a spiritual director at the Spiritual Life Center of St. Thomas Seminary in Bloomfield, Conn., and at Genesis Spiritual Life and Conference Center in Westfield.

In 1997, Sister Mary was again elected for four years to the Sisters of Providence Executive Council and named SP Vice-President. She also was Chairperson of the Leadership Conference of Women Religious, Region 1 from 2004-2007.

She joined the staff of Genesis Spiritual Life and Conference Center, retiring in March 2014. Others of her ministries included volunteering in Brightside’s Literacy Program, and service as Co-Director of the SP Associate Program, and on the Boards of Saint Joseph of the Pines Health System in North Carolina and Providence Ministries for the Needy. She also chaired the Mont Marie Health Care Center’s Ethics Committee.

Sister Mary is survived by her Sisters in Community, and by her sister, Sister Ann Horgan, SP and sister Sheila Horgan, and her brothers Joseph and Robert Horgan.

The Wake was held on Sunday, June 2, 2019. Sister Mary’s Liturgy of Christian Burial was celebrated on Monday, June 3, 2019 at 10 am in the Providence Place Chapel.