Chapter, a special time of faith, sharing, and attentiveness to the Spirit 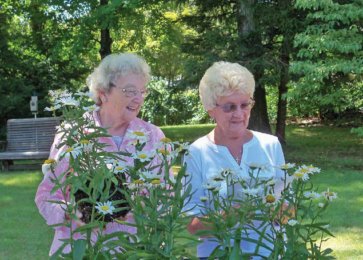 AFTER SISTERS Elizabeth Oleksak (left) and Julie Crane finished preparing the flowers for the Chapter’s ritual, the SP Community prayed in unison: “Help us continue, with renewed trust, to be Signs of Hope and your Providential love in our world.”

The Sisters of Providence held the Community’s 2019 Chapter of Affairs and Elections at Genesis Spiritual Life and Conference Center, Westfield, midst the hottest weekend of the summer, July 20-21. Referring to the Chapter’s theme, “Celebrating 146 years in Mission: Let us rejoice and be glad,” SP President Kathleen Popko said: “We have much to celebrate as we look back to 1873 with the arrival of the Sisters from Kingston and the 146 years of dedicated and compassionate service that followed, service that so clearly has been demonstrated in the individual lives of the over 760 Sisters through the years as well as through the Congregation as a whole.”

Describing the setting
The Chapter setting in the Genesis Carriage House was replete with a historical display that included writings and artifacts of Foundress Mother Mary of Providence (Catherine Horan), and other founding members, prepared by SP Archivist Phyllis Ladd. In another display, Sister Elizabeth Oleksak had arranged an array of photos and statues on the founding inspirations for the Community’s beginnings starting with St. Vincent de Paul—whose Rule of Life this Community follows—to Blessed Émilie Gamelin, foundress of the Sisters of Providence in Montreal, and Mother Mary of Providence.

Following the Community’s maxim, “Rooted in the Past and Open to the Future,” the Chapter opened with a prayer service prepared by Sister Margaret McCleary that interspersed key references to events in the history of the Sisters of Providence throughout the Community’s 146 years, from 1873 to the present. 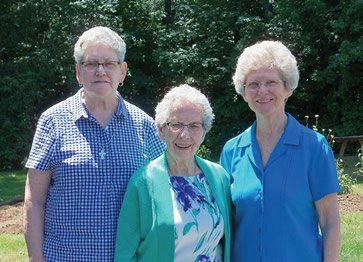 Looking to the future
Looking at the present and to the future, Chapter delegates heard the Council’s Accountability Report that reviewed all aspects of Community life and ministry. This presentation prompted questions and discussion with SP President Sister Kathleen Popko, Vice President Sister Mary Caritas Geary, and Secretary/Treasurer Sister Senga Fulton.

Later the report’s materials were processed during small and large group reflections and sharing on the Community’s life in mission and how to foster Community life, deepen and share Providence spirituality, and respond to the multiple challenges confronting the Community and the world in these tumultuous times.

Developing Chapter Statement
The delegates developed the elements of a 2019 Chapter Consensus Statement that were then organized by a writing group and presented to the delegates for their critique and discussion.

We reaffirm the 2013 Consensus Statement, particularly our commitment to make decisions in light of their impact on women, Earth and those who are poor.

In all we do, we continue to share our legacy, mission and values. We remain grateful for the past, resilient in the present, and open to the future.

Gathering on the second day
On July 21, the Sisters gathered for liturgy with Father Terrence Devino, SJ.

Later, when the Chapter of Elections opened, delegates chose the following for a six-year term, 2019-2025: Sister Kathleen Popko President, and Councilors Sisters Mary Caritas Geary and Senga Fulton. The delegates applauded the leadership team before gathering for a final reflection and sharing.

Sister Kathleen thanked all who assisted with the Chapter noting Sister Julie Crane’s preparation for the festive picnic, the work of the election’s tellers Sisters Mary Martin de Porres and Madeleine Joy, Sister Margaret for her prayer service and photography, those who prepared the prayers and the Genesis staff, who offered wonderful hospitality during the Sisters’ stay.

The Chapter concluded with a ritual prepared by Sisters Elizabeth and Ruth McGoldrick with Sisters moving to a Genesis garden to plant daisies representative of “the lilies of the field” found in Scripture. Each Sister’s pot of daisies served as a reminder of God’s Providential care for the Sisters and for all creation.

SP General Chapter Photo Gallery: July 20 -21
THE GENERAL CHAPTER IS AN ELECTED BODY representative of the Congregation that decides issues on the common good of the Community. The principle of shared responsibility guides its actions. These photos were taken over the course of this Congregation’s July 2019 Chapter of Affairs and Elections. Click on the images below to view larger. 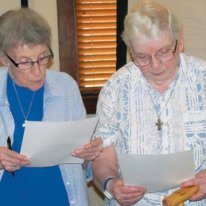 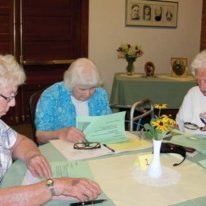 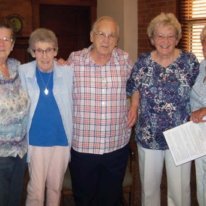 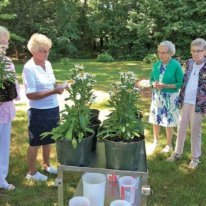 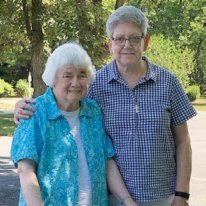 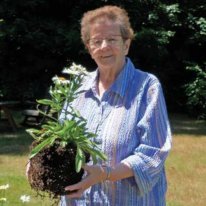 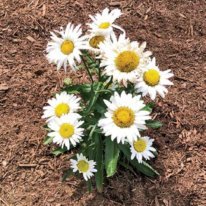